The last time you talked to RA it was about four years ago, and you said the following, “I appreciate the press wherever it happens. If you can build the momentum up, and try to take the wave to as high a peak as possible, when it comes crashing down you’re gonna be left with more people than at the last low point.” I wanted to start by asking you: Where do you think you are now on that wave?

That’s an interesting question. I would look at that in two ways, myself as a performer and a DJ, and then as the label Minus. And I guess I’d probably say that with so much hype and everything that we all got over the last couple of years, we’re probably over the threshold of the wave and we’re at some point on the way down. I don’t know where that point is, but I feel like myself and the label are both at different points. It’s actually quite interesting…it’s a nice position to be in, because it feels like there’s a breath of fresh air and that we have a little bit more freedom again. It’s always the times when you don’t have everyone knocking at your door—and you don’t have everyone wanting to talk to you—that you actually have a moment to sit back and reflect and develop new ideas and things like that.

It seems like this year has been a little bit quieter.

Yeah, for sure. We knew this going into last year. We put so much energy into the 10 year anniversary and Contakt, and then we were all so exhausted that the last thing we wanted to do was get back on track for another huge project or continue the release schedule as it had been for the last three or four years. So now we have much more time to develop where we want to go.

You said last year that you were inspired by watching Logan’s Run and you found yourself asking the same questions that the movie asked about your own label. “Will there be a renewal, is it possible for a rebirth” and so on. Do you feel like that you achieved that with Contakt? Was there a rebirth, a renewal in the label?

No, I would actually say that Contakt and the ten year anniversary was the accumulation of everything that we had strived for and worked for in those ten years. I think the rebirth and the renewal and the redevelopment kind of comes after that point, and that’s where we’re at now.

I remember you saying in that same interview that you think of Minus as “a vehicle for an aesthetic,” I was wondering if you could sort of expand upon that. What is that aesthetic exactly?

I think the Minus aesthetic has always been about finding a balance between music and technology and art, and finding a refinement and balance within the components that you’re using to make that statement. In graphic art, it’s using just the right colors, the right lines or textures.

And when it’s in sound, whether it’s a Gaiser record or a Plastikman record, you’re fighting to get your point across with just the bare essentials of timbres, of sounds of effects. And when it’s something like Contakt, which in one way seems to be overblown, it’s actually bringing lots of different small things together to create a balance between underlying technologies and experience—SMS, Bluetooth, networking, visuals and sound—and doing that in a way that hasn’t been done before.

It seems like with the monetary value of music continuing to decrease over time, that the way that you view the label as a label has changed. But, by that same token, obviously you’ve always had a strong interest in making Minus less of a label, and more of a lifestyle brand from the beginning. I wonder, though, has the music business perhaps made you push those non-music projects more heavily recently?

I think there was a conscious effort about eight years ago to be part of things that related to music, but weren’t only reliant on musical output. Even in the early days, we played with that with things like comic books, special events and special merchandising. And that’s kind of progressed into offshoot projects like Richly Hawtin, this fashion line we’re doing.

Also I think, even with Contakt we’re pushing the label. I think for a long time it’s been about creating experience for people. Experiences go way beyond music. Sometimes music is the key component of that—or just part of it—but I believe that since we started as a music label that the music is the driving force behind that. And it’s the glue that ties it together, even if it doesn’t seem to be so apparent to everybody else sometimes.

Do you think there’s a moment where you stop releasing music?

I don’t think so, but we don’t look at ourselves—as you know—as a label. We never called ourselves Minus records. We definitely look at the things we’re doing on a project-to-project basis. Some of those will continue to be musical 12-inches or musical albums, some of them could be further events like Contakt, or it could be applications that help communicate or bring people together and things like that. I think all these things relate to why we first got into this music in the first place. It was electronic technology-based music that brought people together and allowed people to communicate in different ways beyond language. I think that’s—in a way—our underlying mission.

I saw on the website that there is a survey about Plastikman. Is that the next big Contakt-scale project?

There are three big projects we’re working on. We’re always working on and developing new projects. Contakt was on the drawing board for a couple of years, so I would imagine that Plastikman will be a big project over the next couple of years. Maybe next year, maybe the year after. That’s why we put out this questionnaire, because I thought it would be interesting to engage everybody and listen to what people are saying out there.

What has the response been so far?

Honestly, I had my friends sending me some interesting ones, and I just said “Stop! I don’t want to see anything until we start to get a huge amount of responses.” In the first couple of days we had thousands of responses, but I don’t want to start going through them and then six weeks later go through some more. I want to take whatever number there is in, say, two months and sit down for a week by myself and get into that Plastikman frame of mind and see how it makes me change my views, gives me a new idea or maybe even just kind of validates what I’m thinking already in my head.

I hesitate to mention it, but you’re almost 40. Is there a temptation to sit down and take some time out, think about what’s next? Looking at your DJ schedule over the next few summer months, I’d guess not. It looks pretty ridiculous.

My DJ schedule is always ridiculous in the summer, but honestly the fall schedule is lighter than it has been in years, as I need some time to focus on the upcoming projects for 2010. Am I taking time off to slow down? No, I’m taking time off to actually put some time into some other things that I don’t find time to do right now. And being nearly 40…I actually honestly just can’t wait to get over 39 and get into 40 because I’m really excited about that.

That’s a good way to think about it I think. You’ll be taking time for one show at least one stop in the States right before the fall at the Electric Zoo Festival. But the last time you were in New York was for two really small club shows. I was wondering: When was the last time you’ve done something like that, where you’ve played to such a small intimate audience?

Honestly I hadn’t done so many like that in North America. Over in Europe it’s much easier to be doing things like our German tour every year. We do an Italian tour—500 to 1000 people each night—but in America you’re always being pushed into slightly bigger venues because of flight costs, and bringing other people over. This last time in America, we did 11 or 12 days on the bus, and nearly all the shows were small. We had an amazing show in Washington which was for about 250 people, and it was really great.

Let’s be honest: I can play smaller shows in Europe and connect to the people. I can also play larger shows in Europe and connect to the people because there are that many more people into the scene who I would say have quite a good understanding of what’s going on, what’s happened, the history of it. Or at least a real sincere appreciation for what this whole thing is about. And, unfortunately—and this is not a dis to North America, it’s just the way it is—the numbers are not like that in North America. So when you come through and do bigger shows, you have a smaller amount of that audience that is probably really historically aware of who you are and what’s happened.

But when you do these really tiny ones, you’re back talking, connecting, hanging out, drinking and laughing with the crowd that either was there 18 years ago, or is similar to that crowd in feeling and inspiration. We had an amazing, amazing show in St. Louis where they lost the venue, and we had to go into a warehouse. We had this small, 400 person warehouse party, and it reminded me totally of a Detroit party. It was raw. They had one dangling strobe light and the people just went off. It was very, very North American. Very pure and, you know, for lack of a better word underground—in the true sense of the word. 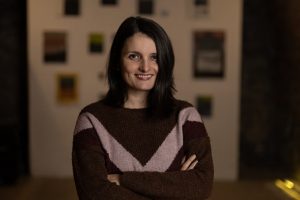 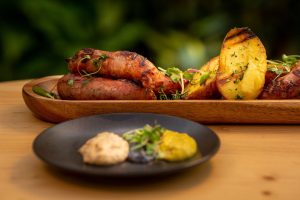 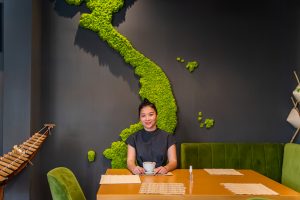