Hey guys, how & where are you?
Thomas: fine, thanks
Tassilo: very well but very busy. Just sitting in the studio and preparing our next remix seminar here at the Riverside Studios.

Last year you had 4 gigs in Romania. I know we had a great time at Club Midi and I’m sure everyone had a blast at We Dance, Sunwaves and Kristal. What about you? What do you think about the Romanian electronic scene and the crowd?
Thomas: That’s very easy to answer. We love it and that’s the reason why we play there quite often. It’s a very outgoing scene and we always enjoy the vibe and people around us.
Tassilo: Romania is one of our favorite countries to play at, the vibe, the love from the people and the enthusiasm is overwhelming.

In 2014 you were on tour in Australia, Asia, South & North America and so on. Your weekend agenda is almost booked for 2015, a lot of gigs are already confirmed. What do you manage to do in the weekdays? Any hobbies?
Tassilo: You are right this year seems to get even more busy than last years and that can be exhausting but we also love to be on tour. Usually we spend a lot time in the studio when we are at home but on the free time the most important thing for us is to spend it with friends, sports and family.
Thomas: Correct, with friends and family. There is no better place to recharge your batteries.

Do you still find time for the studio?
Thomas: We try to be there as much as possible and have been very disciplined and hard working I have to say. Tassilo is in the studio every day because he also runs the Riverside Studios in Berlin.
Tassilo: true! At the moment I spend more time than ever in the studio, but mainly cause it’s also my second business.
The good thing about it is that here, there are so many creative people that you never get bored.

Last year, in a VICE interview you said, “For an album, you only have a certain period of time—like a half-year let’s say. If you take longer, it’s going to get old again.” Of course, the question is: When can we expect the new Pan-Pot Album?
Thomas: soon.
Tassilo: very soon 🙂

How hard is it today to remain unique, original and inventive, regarding techno music?
Tassilo: Well I think it depends on you as an artist, not that much on the time when you make music. Usually that is not a big problem for us because we have found a good way to use inspirations from outside and include it in our sounds, which happens to be great for creativity.
Thomas: and it also helps that it is two of us, which includes creating different ideas.

After your 10-year anniversary, Second State came to life. Could you tell us more about this project?
Thomas: Second State is our record label and home-base for releases but also events and clothes, that we personally also like to wear.
Tassilo: We have gathered great artists around us now such as Clint Stewart, Stephan Hinz and just recently two newcomers of who you will hear great music soon. 🙂

Few short questions:
Longest & shortest dj set (hours / minutes)?
Thomas: longest was at Watergate all night long, 01:00 AM till …I can’t not remember anymore but the sun was shining.
Tassilo: can’t remember because it was too short.

Name a non-techno-track that you wish to play at some point in a djset.
Thomas: The Prodigy Firestarter! Though that’s kind of Techno
Tassilo: Motörhead

Top festival you are looking for in 2015?
Tassilo: Oh there are so many 🙂 I would say ‘Time Warp’ and ‘Sonus festival’
Thomas: and I heard we might be playing Glastonbury this year, that would be crazy.

Favorite track to start you set?
Thomas: at the moment it’s Loco & Jam – Complicated Exchange
Tassilo: Our own intro 🙂

Your favorite party drink?
Thomas: Rum/Coke out a can from a gas station. 🙂
Tassilo: after we had a beer. 🙂

Thank you, guys! See you at S*NOVA. 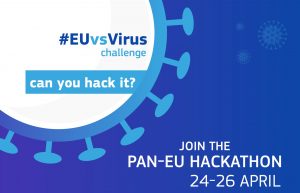