7 reasons why I chose Cluj to live for 3 months

Why living in Cluj? After graduating from university in Germany, I decided to go abroad for a while. And, guess what, my first destination was Cluj. I am now here for a period of 3 months and am pretty much enjoying my stay. It’s not New York neither is it Sydney, nor does it have beaches. But still, there are good reasons to choose Cluj as a (temporary) home which I tried to put into words in this article.

When walking through Cluj and looking around, it feels like the average age is at 25. At least that’s what I observed. There are youths all around. No wonder, if there are more than 100,000 students living here at a total population of around 400,000. And furthermore, no wonder Cluj has been awarded as the European Youth Capital 2015. This is what makes Cluj a vibrant city full of life which I very much appreciate. There is always something going on, a party every night of the week, a cultural highlight, a concert, a festival, a reason to visit places around Cluj, something new to discover. And always someone to share this with 🙂

Just a few days ago I went to the veterinary with our two cats. And, you know how things go sometimes, thinking of everything but the important we forgot the health books as well as taking enough money to pay for the treatment. Guess what happened? After telling us plenty of stories about Romania, places to see and himself, the vet gave the cats the treatment and told us the price. Which was when we had to admit that we couldn’t pay him. His answer? “No worries, just come again later, bring the health books as well as the rest of the money and that’s fine”. What can I say? Unimaginable in Germany, where I’m from. The man doesn’t know us, neither does he know our names. For me it feels like people stress less here in Romania, they do not take life too serious, do things without asking too many questions which is extremely pleasant. Guess you’ll find several more examples. Thus, if Cluj isn’t friendly and simple, then tell me what?

#3 Both at the same time

To my mind, Cluj with its 400k inhabitants, has the perfect size. It’s not too big as to be anonymous neither is it too small as to be full of gossip talks. When walking through in the city center during the day or going out at night, you will probably meet someone you know. However, you can still meet a lot of new people since there are always new students and expats coming to Cluj and others leaving. As a result of the amount of students living here, there’s a good rate of fluctuation making the city somehow vibrant, moving and up-to-date.

In 2014, Cluj was elected to be the most tolerant city in Europe when it comes to welcoming foreigners. And I feel confident to say that this is true and you can even feel it. Although I don’t speak Romanian everyone’s friendly, trying to speak English. Like for example, when I went to the post office a few days ago, none of the women working there spoke English which made the situation quite difficult for me. Despite the fact that I made it to tell her what I wanted, afterwards, the woman started telling me plenty of things I couldn’t understand a word of. She looked around and there was a guy waiting in the line who then said he spoke a bit of English and translated what she was saying. Actually, I’d question if everyone would react the same in my home country, Germany, which is why I think they deserve the title of a foreigner-welcoming city. I never felt unwelcome since I moved here and I love the internationality the city has to offer!

Although to me Wizz Air has the ugliest uniforms on earth and uncomfortable seats as hell, it enables me to come to Cluj without spending a fortune. Flight tickets are really cheap when booking early in advance or just being lucky. And, because of this more than affordable prices, you get the chance to take some days off and go to another country or visit other places in Romania easily. For example, I recently managed to grab tickets for less than 40 lei to Bucharest. There are 2 flights a days so you can easily go for the weekend. Additionally, there are many (long distance) buses to get to all the places in the surroundings of Cluj. Good reasons to get itchy feet and explore Romania!

Spending money in Cluj is fun. By this, I’m not saying wasting money. And that’s the point I want to make. Cluj is affordable. It’s nice to afford things you like, to do things for little money, like leisure activities. I love to go out for dinner or party, to buy a round for my friends and not be broke after. That’s what quality of life means to me, what life’s about. To me, it is not about keeping money for safety and suddenly you don’t get the chance to spend it anymore. But you neither have to waste your money for things that are not worth the price. Isn’t it much more fun to have 4 beers and a great night with friends rather than having 1 shot and not being able to have anything else because you can’t afford or, you just don’t want to spend another 10 euros on that?

#7 Recreation just around the corner

Though the second biggest city in Cluj and even a quite vibrant one, it’s not hard to escape all that city-rumor and step into nature. Cluj is surrounded by hills; you can hardly not see from any place in the city. That’s something that I really like. It’s like already seeing the weekend on Monday, like seeing the sun in winter, like thinking on holidays on a busy working day. The mountains, natural beauty, is right outside the city gates. So whenever you feel the need to step out, you can. There are lakes to find the very proximity of Cluj for those who prefer water over mountains. If you ask me, everyone needs time for a breather now and then, and what’s better for that than an excursion?

I don’t regret living in Cluj at all, do you? Why did you choose Cluj as your home? 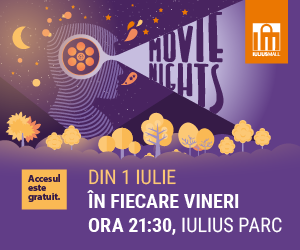