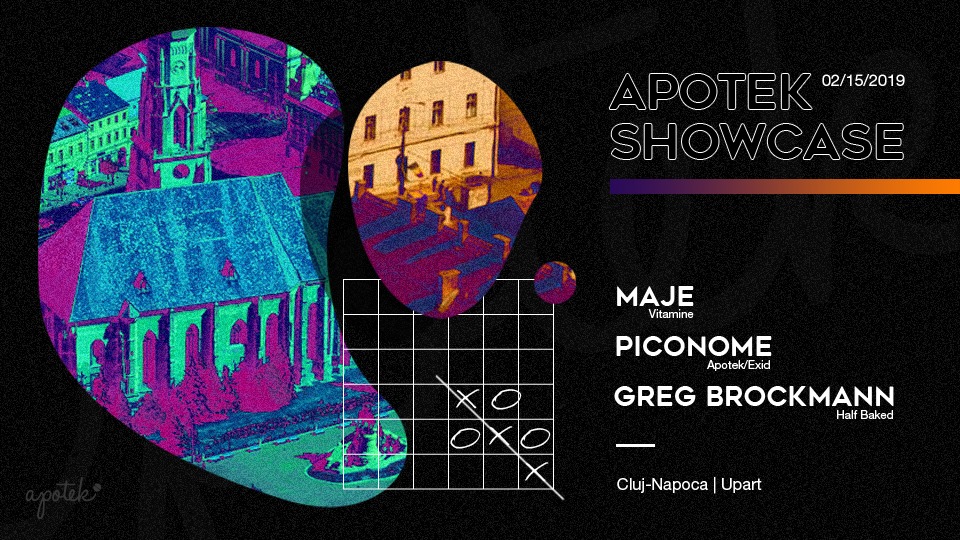 Now Greg is starting his own record label called OddMann Recordings co-produced with long time friend OddSoul.
The inspiration to start their own label came from spending time in the studio together, where they started the duo OddMann in 2015.
Since then they release and labels such as Half Baked Records, Blind Box, MOFF…
——————————————————————————————-
MAJE also a French dj based in Cluj-Napoca, is the member and one of the residents of the Vitamine crew. Being a full time medicine student and a dj is like having two personalities but her passion and music devotion pushes her recently behind the desk.Her style is colourful, with influences from disco,minimial and a touch of house-techno what gives her a joyful sound and a happy vibe.
——————————————————————————————-
Piconome is our resident dj and also an Exid member. Lately he impressed us with his mixing skills (a perfect set at our last showcase in Poiana Brasov) witch makes him a real talented dj. His devotion for the underground music scene brings him one more time to our showcase.
—————————————————————————————–—