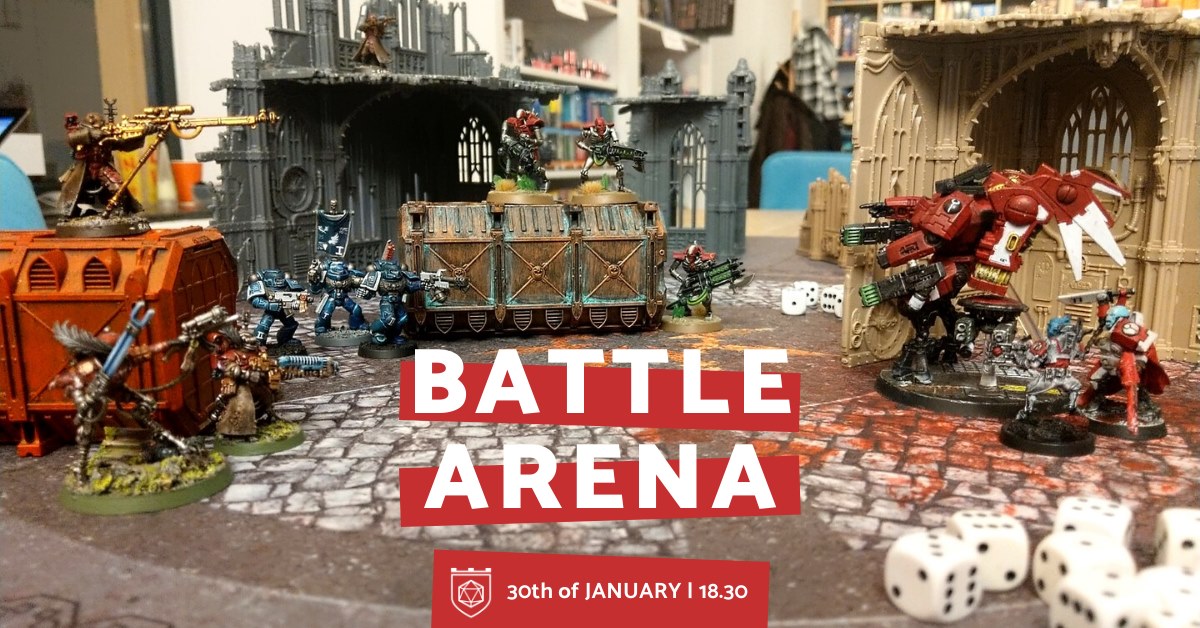 This December, there is a new challenge in town. The Battle Arena is waiting for your champions to compete in the ultimate fighting sport. We will set up a table with lots of terrain where contestants will move and hide and ambush other players and try to score the most kills. Make temporary alliances and navigate your way to victory. Its a Battle Royal! 💂‍♀️⚔️💂‍♀️⚔️💂‍♀️

How does this work?
– Pick your favorite fighter from any Warhammer 40.000 codex. It can be equipped with any weapon and equipment from his unit entry in the codex.
– The cost of the said heroic person cannot exceed 40 points and cannot have more than two wounds.
– Bring your hero to the Guild Hall and put it in the Arena along with the other contestants. Each round, we will decide on an initiative order, and you will get to move and attack once. Each successful kill will get you a victory point.
– Your hero never dies. He can only be taken out of action for the round as he will re-spawn at a designated point and will act again normally on the next round.
– The game ends when one of the players will reach 50 victory points (objective based).

Danger lurks in the dark corners of the Arena and monstrous creatures might appear and attack any of the champions.

Temporary Alliances might be necessary in order to bring down bigger threats. 🤝

In addition to this there will be other ways to score victory points during the game so your champion can claim victory faster.

You will need an Evening Pass or a Membership Card to have access to this event.