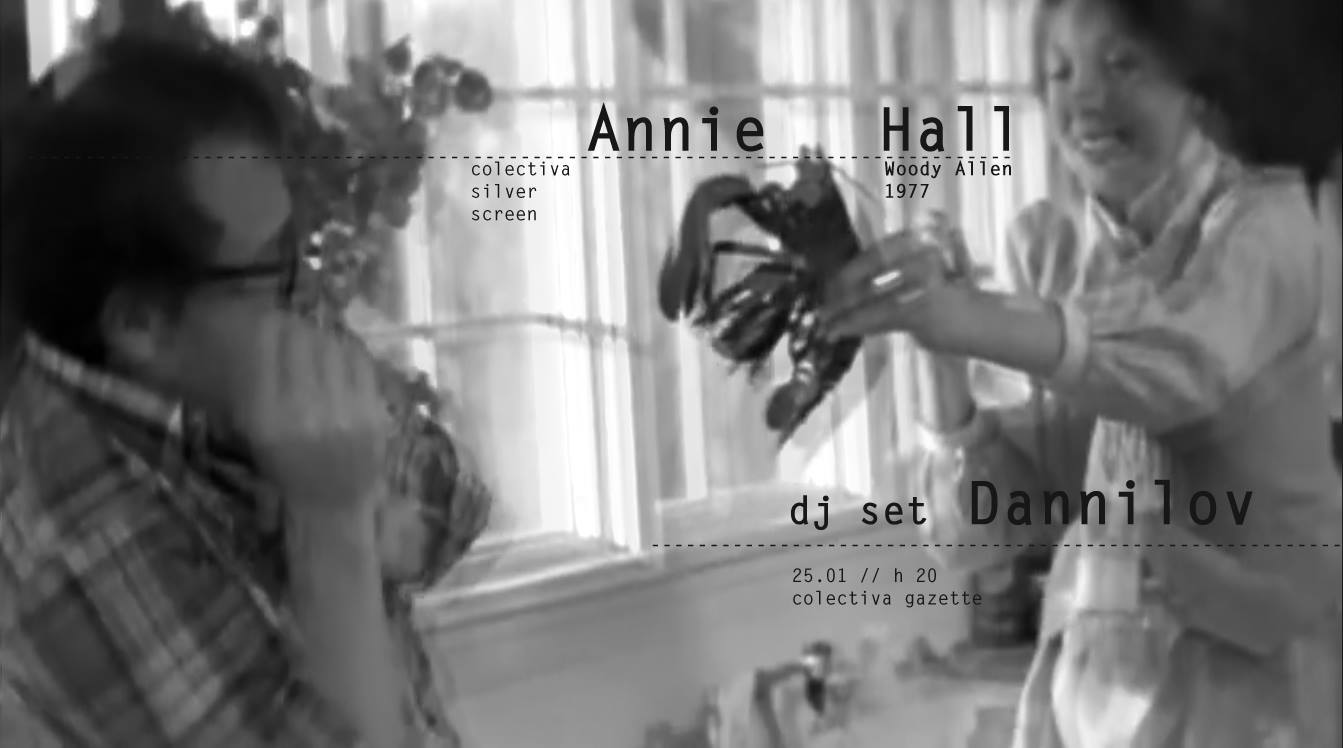 0:15 – 22:00 : film
22:00 – ‘till closing : Dannilov DJ Set
——————————————————————————————-
Boy meets girl. Boy introduces girl to death-obsessed literature, Swedish melodrama and the analyst’s couch. Boy suffocates girl. Girl goes her own way. However you describe it, Annie Hall remains one of the most charming, bittersweet, beautifully played, funny love stories ever committed to celluloid. Much closer in spirit to Woody Allen’s prose humour and nightclub act than any of his previous films, the romance between neurotic comic Alvy Singer (Allen) and ditzy singer Annie Hall (Keaton) marks the intersection between The Early Funny Ones and The Later Serious Ones. As before, the one liners flowed thick and fast but the frenetic pace and broad tone were replaced by a gravitas and a check list of concerns ó the fragility of love, sex, psychoanalysis, New York vs. countryside, Jewishness ó that have dominated the output of Allen’s art ever since. If the personal feel is a fallacy, the observations into building and sustaining a relationship ring remarkably true, be they on the awkwardness of small talk, the dread of meeting the family or the breakdown of intimacy and communication. The couple’s shift from initial fumbling to terminal uncertainty is deftly mapped out by the central performances. Keaton’s ditzy ingenue (“Lah-di-dah”) is one of the great comedic creations, her growing self-awareness completely believable. Often overlooked as an actor, Allen handles Alvy’s growing insecurity, twisting Annie’s every move into an act of disenchantment, with aplomb and sensitivity, light years away from the slapstick mugging of Bananas (1971) and Sleeper (1973).