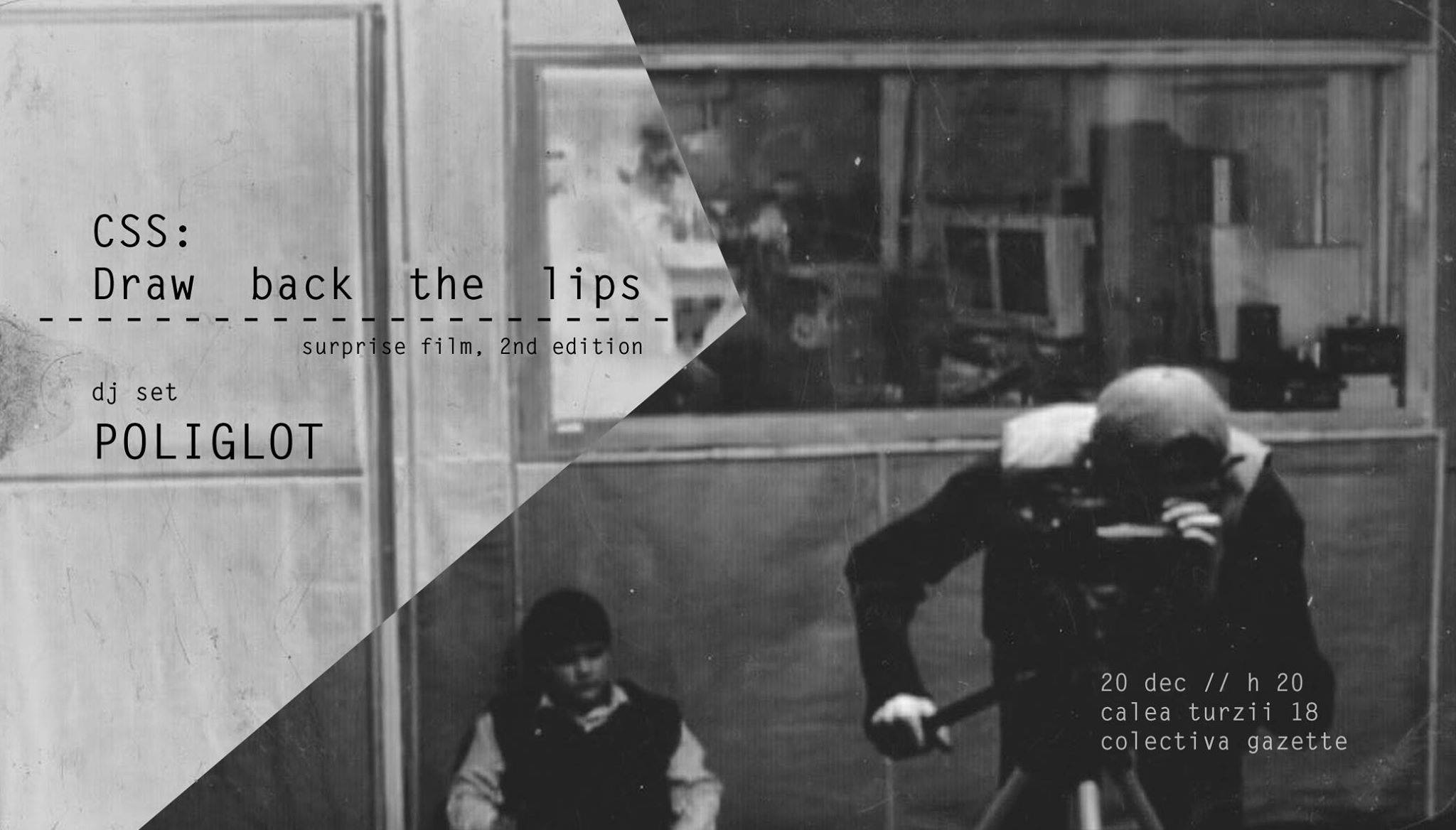 20:15 – 22:00 : film
22:00 – dj set Poliglot
——————————————————————
Synopsis: “First as tragedy, then as farce“* – the film we selected for this edition welcomes you into an absurd debate where the protagonists are testifying about how they experienced a certain collective event which marked history at a certain point. Each protagonist has his own story about what happened, and none of them have any proof for what is being stated. Here we get to experience an ambiguous perspective of a cruel and terrifying event which is then turned into dark comedy by people who cannot take a serious stance concerning it.
*The Eighteenth Brumaire of Louis Napoleon, Karl Marx
——————————————————————
Poliglot

Iuliu Pichler moved to Cluj in 2009. He became Dj Poliglot when he begin promoting the music genre – electronica – and other sets in which he combines different music styles. He went on stage next to:

#ColectivaSilverScreen proposes a series of feature and documentary film screenings with dystopian, anarchist, activist, trangressive and other various underground culture related themes, ranging from the culture’s onset until the present day.