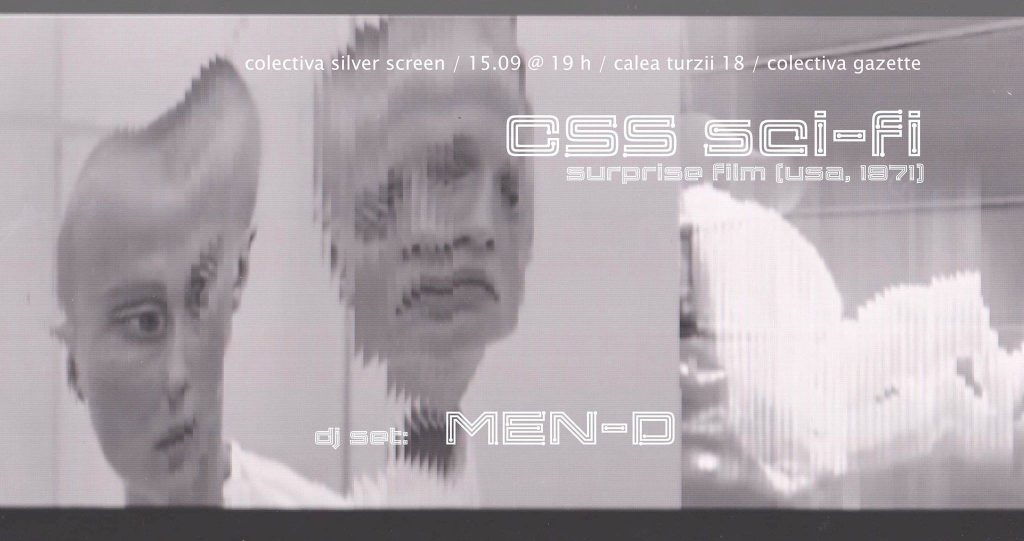 Starting this autumn we are going to present you a new format of our program, consisting events which we are going to switch twice a month from Thursday to Saturday. We will bring you more good films and dj sets, but starting this new season we want you to guess the films we`re going to play or to drop by at Colectiva Gazette for an answer. (Excepting some special screenings, we won`t make any revealings before the projections)

CSS Sci-fi: a selection of films which documents how the future might look like, where technology and human behavior are far away for us nowadays. Pulled out from the guts of a distopic imagination, this films are usually impressive when it comes about scenography and costumes, where an underground megalopolis could be the place where they take shape. Usually presenting new turns of social movements or hierarchyes where one has to conquer for winning a point of view or equality, and nature gets to be used as a symbol for human alienation.