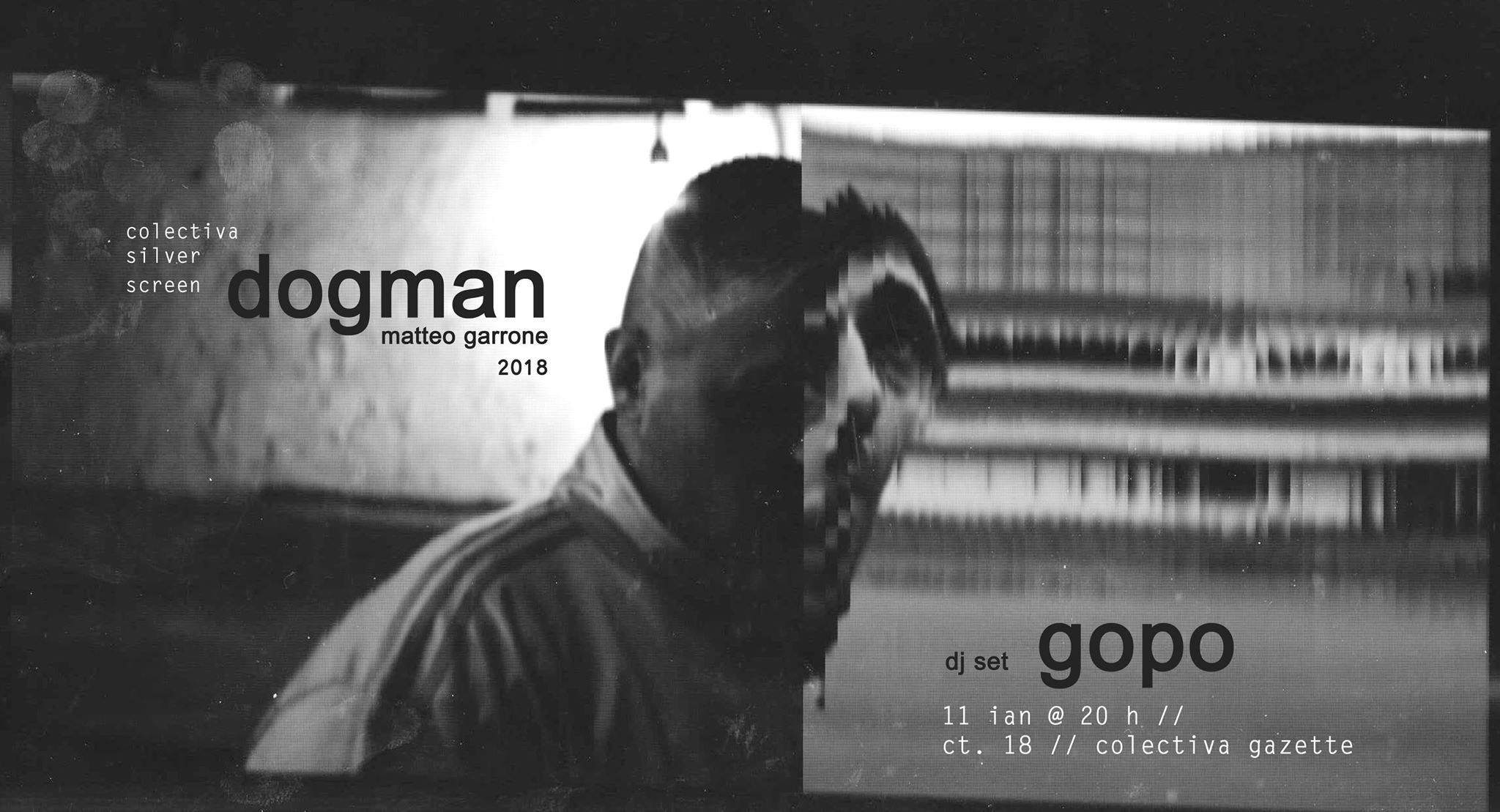 Dogman is a story about the fragility which contorts a man and pushes him towards the splintering of his own identity until that smoothened caricature of a man ends up throwing its avatar into a long fight with an eccentric oppressor. Marcello (Marcello Fonte) is the lean man who extracts his inner power out of the nobleness of the animals he lives with, his bony dogs being the natural extension to his slender bones. Simone (Edoardo Pesce), however, represents the Italian gangster type where brutality, sheer force and stony looks which chop into humanity like an animal of the predatory kind all blend together. Dogman is a train whose spine bends as that of a hunchback’s and transforms into a snake as soon as it hits the rails.

Gopo – Architect by day, DJ by night. With a passion for music with roots from jazz, hip-hop and disco funk, Gopo is designing and building athmospheres from another spheres, where he transforms musical notes in dance. In the summer of 2017 he played his music mixes at Summer Well Festival, Electric Castle, Panorama, Durușa Summer Hills and Elektro Gonner Viena.