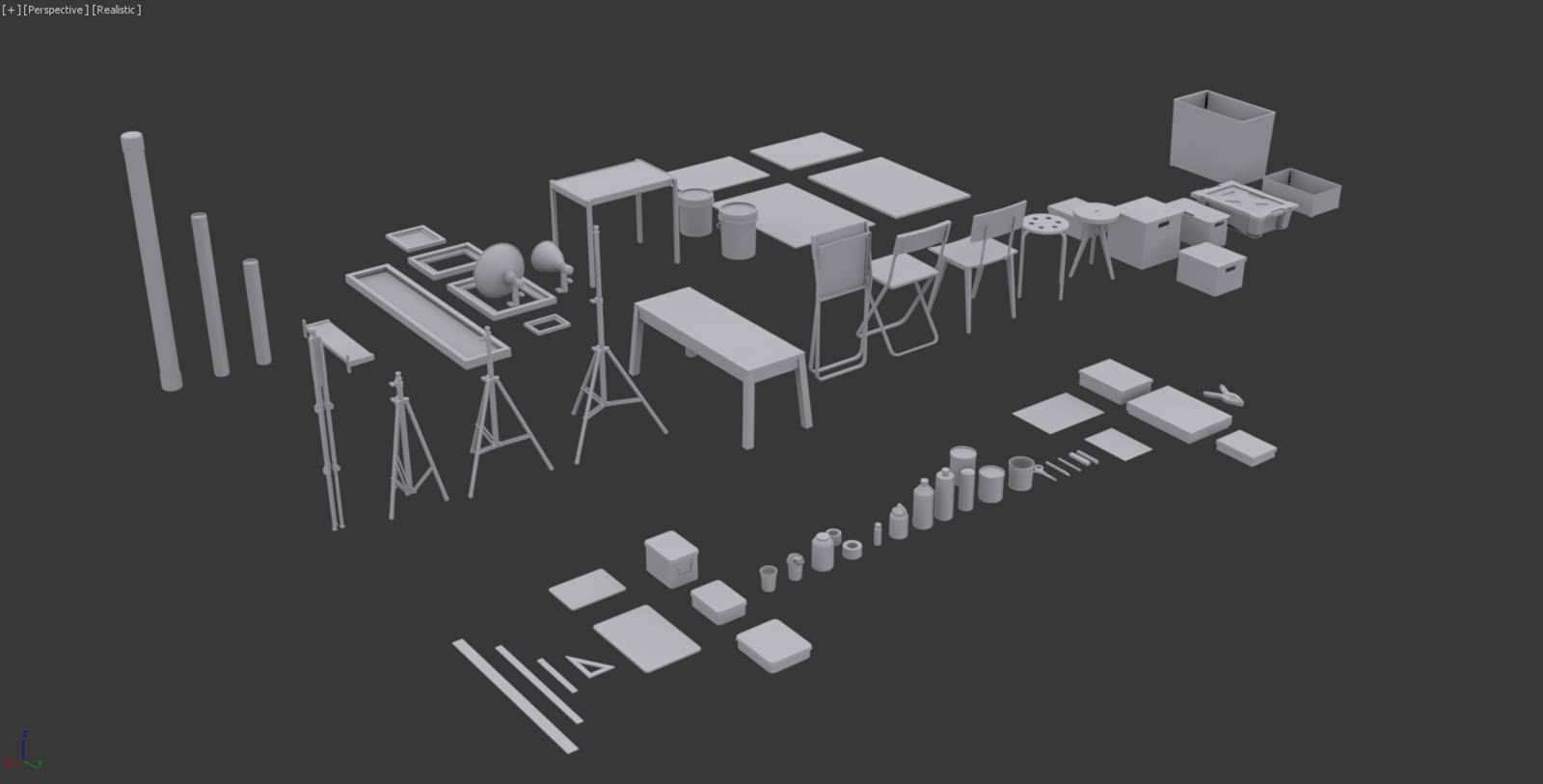 The artist is working mainly on computer based visualisation. He researches how this kind of visuals relates to, for example, a photographic images. Particularly he is interested in the relationship between models and various representation methods.

This project consists in CGI (computer generated imagery) still-lives which are re-created based on the scenes from previously taken photographs in the artist’s studio.
He has been always excited about the working environment as much as the work itself. The natural process and the natural compositions of things that are being used in the background or anywhere else. Especially the materials which might be found and purchased everywhere. This particular approach is the main concept of the project. In general, the meaning of the image is related to the use of the image, in other words it is related to it’s context. However, the images in this project do not use that sort of context, what you see is what you get basically. Consequently, he created images of stereotypical places beyond his studio.

Egemen Tuncer was born 1989 in Istanbul. He graduated from Marmara University Fine Arts Faculty Photography Dept. in 2013. He participated in several exhibitions and fairs, included “Fake/Truth” Rotterdam Photo, “Sweet Little Lies” Plato Sanat, Istanbul, “Resource Utopia” Elgiz Museum, Istanbul, “Non-place” Mixer Gallery, Istanbul, “Water-work” Siemens Sanat, Istanbul, Contemporary Istanbul and Mamut Art Project. His works also published in magazines such as Istanbul Art News (tr), Der Greif Magazine (de), COMO Magazine (pl), Tylz Gallery (fr), Fotograf Magazine (cz), Musée Magazine (us). He was selected as a finalist artist at 12th Arte Laguna Prize and attended to finalists exhibition at Venetian Arsenal. He was also one of the finalist artist at Rotary Art Contest 2018 in Istanbul. He took part in multiple workshops called “Resource Utopia” supported by Goethe Institut Istanbul in 2018 and “Bridges across the Bosphorus” collaborated with Royal Academy of Art, The Hague in 2013. His works are in several private collections. He got his master degree at Marmara University, in painting dept. And continuing PhD at the same university and in the same dept. He lives and works in Istanbul. This exhibition at CAMERA, Cluj-Napoca is his first international solo exhibition.