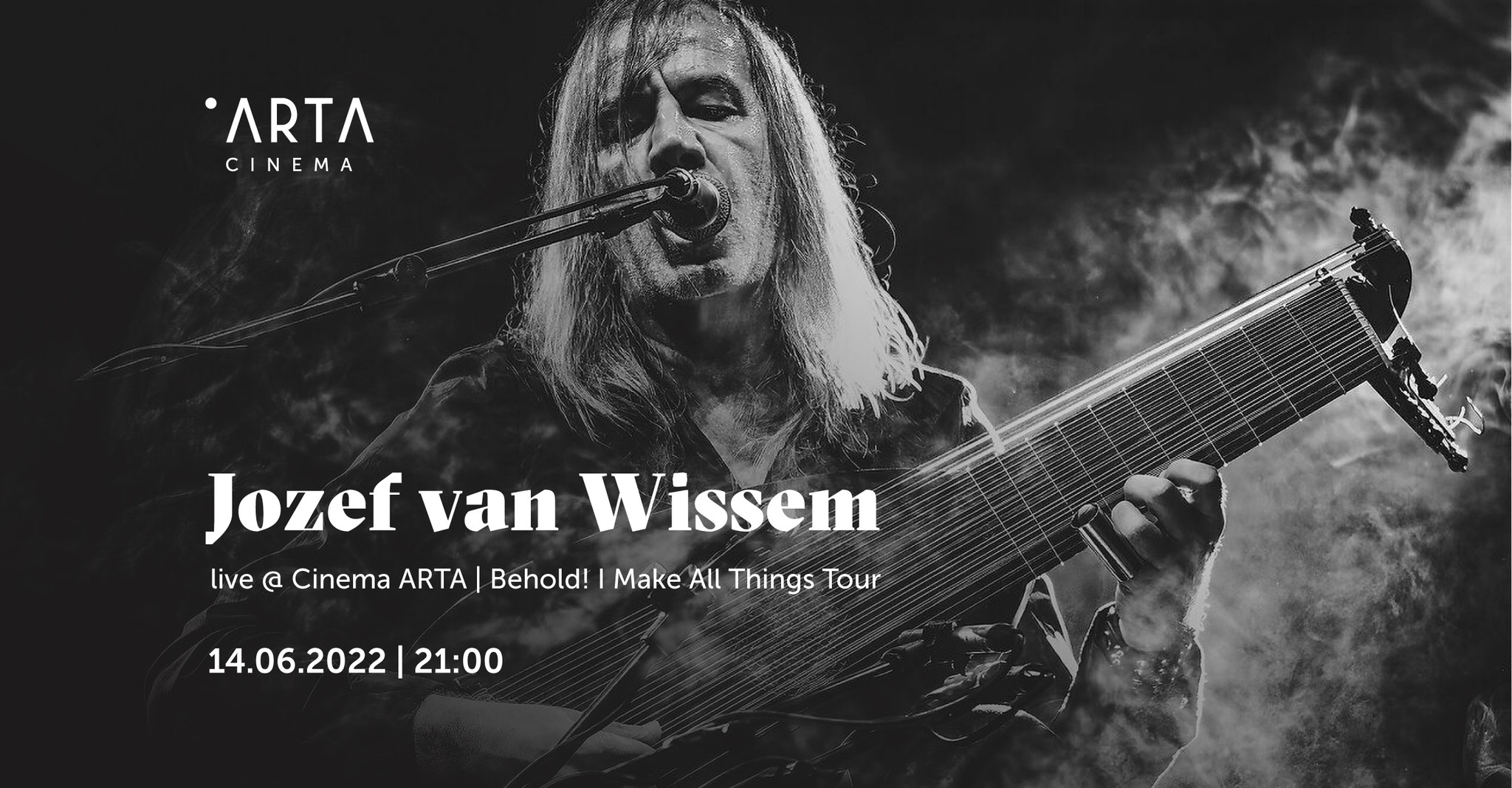 “Van Wissem is possibly the best-known lute player in the western world. To get into Jozef Van Wissem’s world is to surrender to the inevitability – and timelessness – of strange music created at its own pace, in a manner wholly of its creator’s making. Brevity, simplicity, directness is the key.” (Quietus)
Van Wissem has fully emancipated the Lute in a non-classical setting and used it in film soundtracks, video games, contemporary dance etc. He has performed over 1200 solo lute concerts in churches and at concert venues around the world, including prestigious rock festivals like ATP and Primavera Sound, playing his all-black, one-of-a-kind baroque lute custom-built for him. In 2013 he won the Cannes Soundtrack Award for best score at the Cannes Film Festival for “Only Lovers Left Alive”, directed by the cult films filmmaker Jim Jarmush.

“Behold! I Make All Things New” is an all-instrumental album and consists of sparse works for lute and electronics. There are no vocals this time. It is more a return to the minimal neo-classical style of his early work. It was written and recorded in lockdown in Warsaw and Rotterdam between 2019 and 2021. Van Wissem lived in Brooklyn since the early nineties. He left New York because of Trump’s Immigration Policies. There was no need for singing.

On June 14th, Jozef Van Wissem will be coming to Cinema ARTA as part of the Behold! I Make All Things Tour for an unforgettable live show.

The event is part of the project ARTA: cinema and heritage carried out by the ARTA in dialogue association. Cultural project co-financed by the National Cultural Fund Administration. The project does not necessarily represent the position of the National Cultural Fund Administration. AFCN is not responsible for the content of the project or how it may be used. These are entirely the responsibility of the beneficiary of the funding.