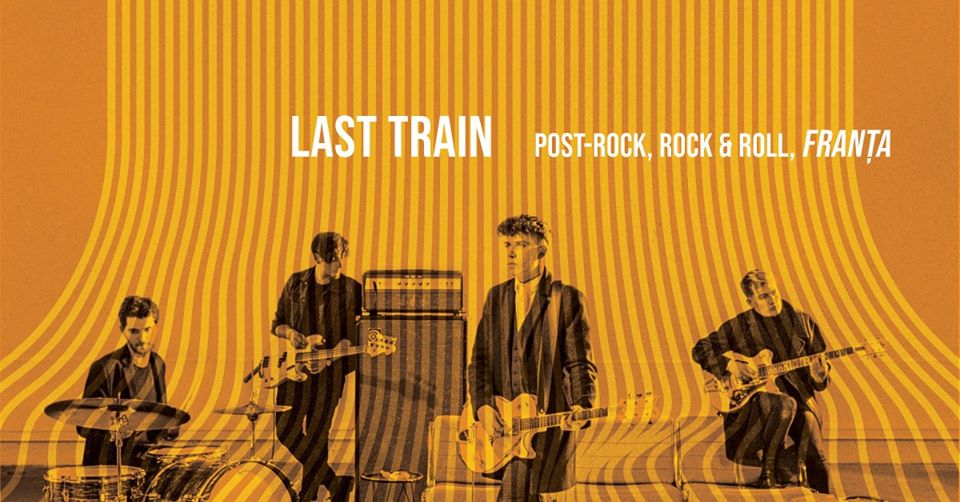 Their eyes probing the calendar frequently, their heels tapping the floor frantically and the guitars that have escaped the studio: so many signs that betray the hidden impatience of those who have known only the road for the past three years, and who have performed over 350 concerts across France, Asia and the United States.
Last Train was built on the stage,shaped by the rhythm of tours and signed the first chapter of its history,”Weathering”between two highways.From Parisian concert hall Bataclan to the most important festivals in the world, the four members of the band, brothers in every way but blood, have branded French rock with a hot iron.

A frantic race up to the red light in 2018 to catch their breath, measure the distance traveled and envision the path to follow. They took a year to mature the successor of the first album, but also to mature themselves. Changing from adolescence to the lives of young adults faster than expected, the four boys discovered the virtues of time that they were never able to take. Time needed to develop their own record company and booking agency, give life to
a festival created custom in their image, but also and especially to give meaning to their music. They embraced the clichés of rock to unveil the pure essence: a means of expression before a genre, an inexhaustible source of roads to be traveled.

“The Big Picture” is a fresco of landscapes and spaces without limits or borders. It’s a look at the whole, the illustration beyond the horizon. But this album is also that of an intimate, in depth exploration, a confession. It’s introspection born from melancholy, fury and thrill. Intense, fatal, and always sincere, the eleven tracks that make up this new chapter are carefully and intentionally placed, less hasty and definitively assumed. It would almost seem that Norway, the album’s recording home, gave it a light so exceptional, stealthy and powerful, majestic and contrasting.