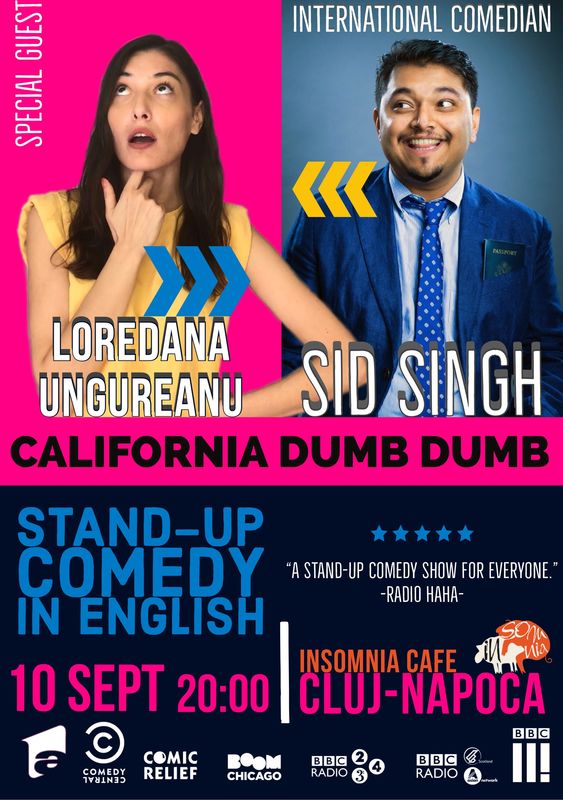 Fresh off writing for the BBC and being a cast member for Boom Chicago, Sid Singh brings his brand new hour of stand up to Cluj-Napoca! All about finding the funny in the crazy times we are in. “California Dumb Dumb” is about not over thinking it and finding ways to laugh! @lookingforsid
“This is a Game-Changer of a show”- The Scotsman.
“How is he not a household name?” – Radio Haha.

Loredana Ungureanu is a rising star from the Barcelona comedy scene of Romanian descent. Her blend of funny stories and hilarious jokes has quickly made her a staple in comedy clubs all over Europe. 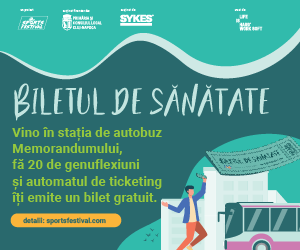