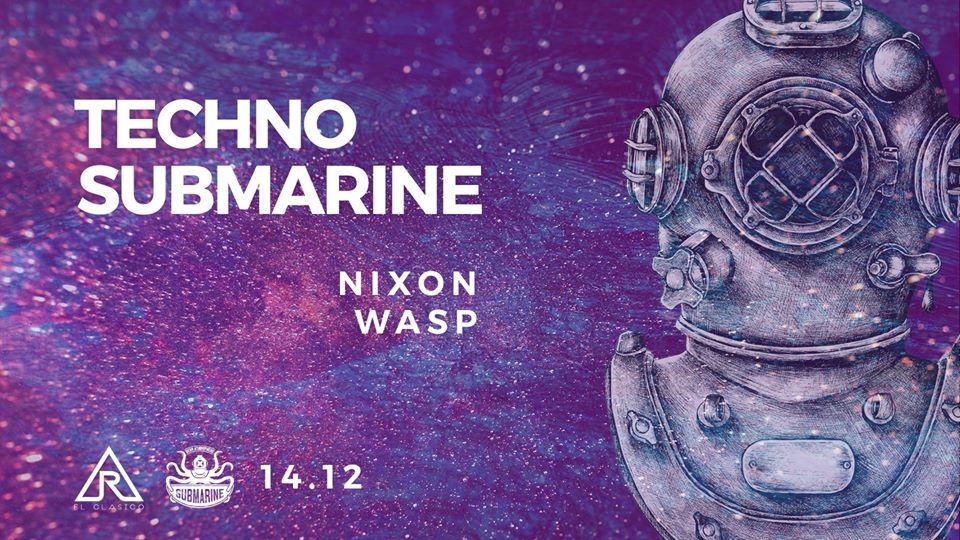 Techno Submarine is back! We are inviting you for a deep musical journey this Saturday in Submarine!

NIXON – El Clasico
Part of a new generation of young Romanian producers and DJs, Nixon crafts “dirty pumping” kicks and hugely textured techno tracks that look to the future whilst taking cues from the past. He does so with a true sense of personality.
As someone who really believes in the power of music as a hypnotic and therapeutic tool, Nixon lays down dark and bouncy techno sets as well as captivating, story telling musical journeys.
Having played most of the clubs and afterparties in Cluj-Napoca, the heart of Transylvania, Nixon moved to Ibiza in 2015 with the purpose of focusing on new releases and bringing his sound closer to people all around the world.
Because of that he is renowned for his high quality, high creativity, high levels of consistency, constantly translating his personality into his music.
[Facebook] https://www.facebook.com/djnixonmusic
[SoundCloud] https://soundcloud.com/nixonthedj

WASP – El Clasico
Passionate about everything related to music, art, and nature, Wasp discovers his music side middle school years when they bought the first cassette decks and put a first speaker amplifier tape. It took steps until step was in love with electronic music. Destiny took shape with participation in outdoor parties, radio, in clubs and invitations by building around or a good environment dedicated to the art of sound. Wasp spends his free time developing his skills based on electronic music (searching, producing), sport, nature and 3D modeling (interior designer). These things define and inspire him to give the best version of itself.
[Facebook] https://www.facebook.com/wasptheofficial
[MixCloud] https://www.mixcloud.com/waspkhleen/

Location:Submarine (Piata Unirii 2 / Cluj-Napoca)
See you on the dancefloor!