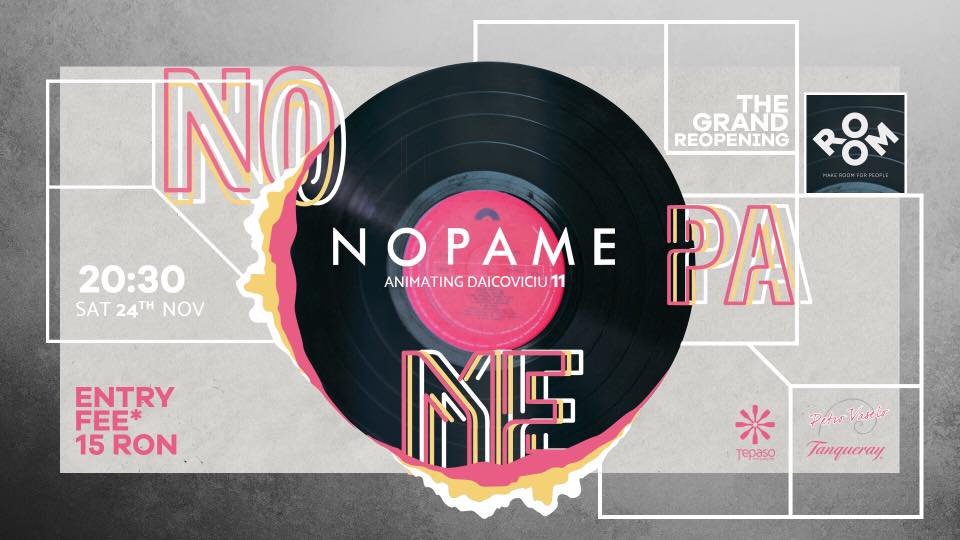 This one goes for all the city’s good vibers, ROOMies or on their way to becoming ROOMies, as we celebrate seven months and many more to come in our downtown ROOM.

For this, we’re throwing the opening party we never had by bringing our people for support.

#makeROOM for NOPAME – “House music with all kinds of afro and funky ingredients”.

The start of the band Nopame was very quick and they got to be known quicker. The first get together was in the winter of 2013 when it all started with a percussion jam with the rhythmic section (Melak Cristian & Norbert Halmagyi). Soon after, they met the Italian saxophone player Paolo Profeti and after a chat he immediately agreed to join the band. The band’s first gig took place in a day bar in Bucharest and although the gig was totally improvised, the crowded audience went crazy.

The sound of the band is very versatile starting from House Music going through Funk, Afro, Jazzy Sounds, Latin and Nu – Disco. They call it “mechanical-organic music”.

Electric Castle, Untold, Airfield, Waha, Plum and a lot more are some of the major venues the band played, fullfilling its main purpose – to make a great party and to make everyone dance.

See you at the bar!