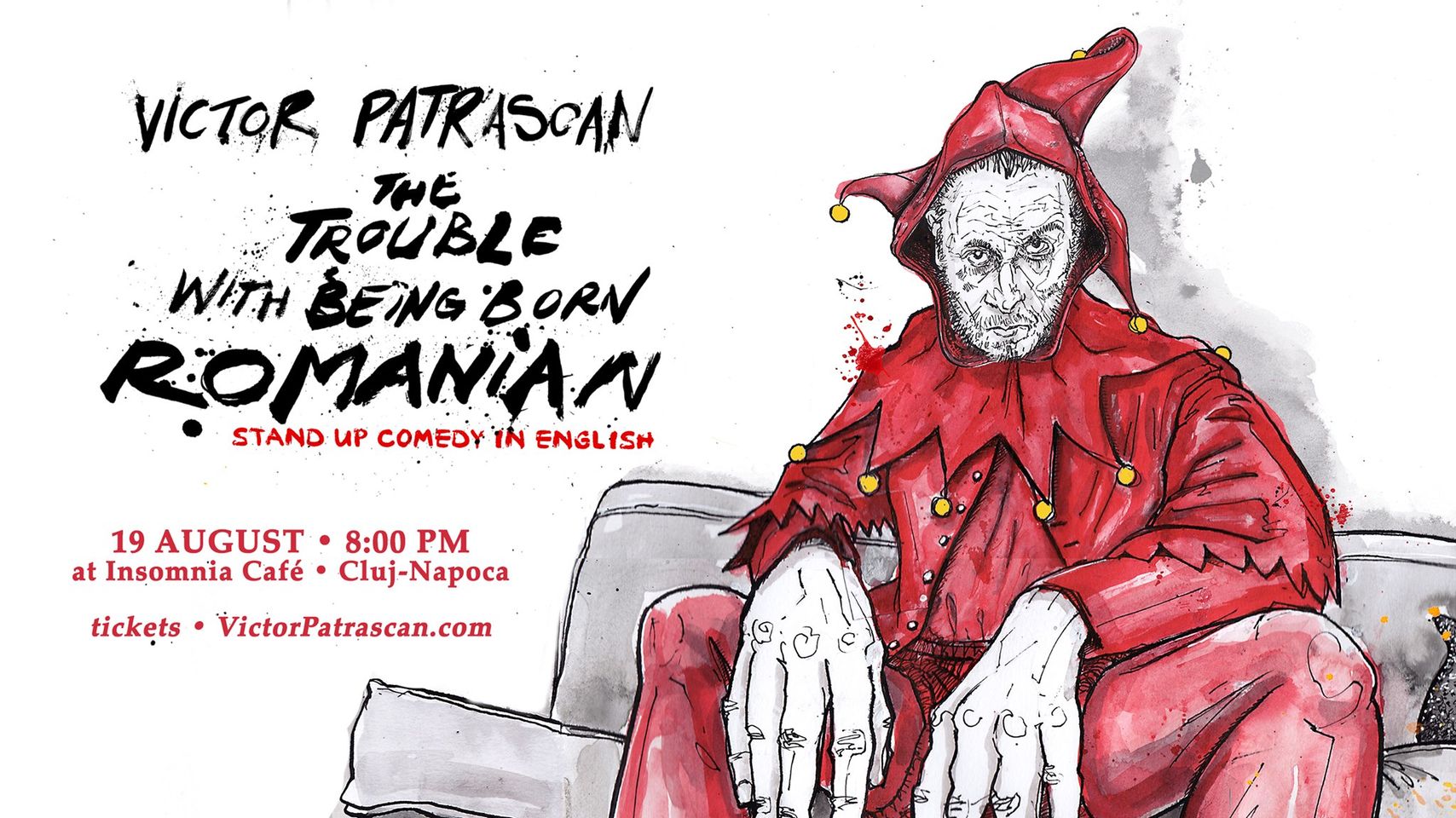 Wanna see a dirty immigrant tell dirty jokes?
If you’re someone who thinks we should question everything about life, love, religion and politics then you’re going to love Victor Patrascan!
featuring special guest Fedor Ikelaar
Victor’s curiosity surpasses his fear. He likes to poke the truth with a stick and see if there’s any life left in it. He’s bringing his honest, thought provoking and unapologetic stand up comedy show to Cluj.
We’re supposed to be different but we’re all the same. It’s weird, right?
We’re all just like Victor and he’s just like us and we’re all frustratingly just like each other. Victor began writing jokes about this phenomenon when he moved to London 9 years ago and discovered that people there were just like the people he left back in Romania. Since then, he steadily grew more and more disappointed by how similar we all are.
We guarantee multiple moments of “Hey, that’s so true!” popping into your head as you watch a subversive, heartfelt and dirty stand up comedy show from traveling Romanian comedian Victor Patrascan.
🎭 STAND-UP COMEDY IN ENGLISH 🎭
Thursday, 19 August 2021 • doors 7:00 PM • show 8:00 PM
at Insomnia Cafe, Strada Universității 2, Cluj-Napoca 400091, Romania

🎟️ Tickets here.
30 RON or 6 € • Early bird online ticket • available online till 15th of August
25 RON or 5 € • Group of 4+ online ticket
35 RON or 7 € • normal online ticket
40 RON or 8 € • ticket available at the door with no online reservation from 6:30 PM on the day
⛔️ The show will be held entirely in English and will be held indoors and follow current social distancing guidelines. Therefore, we are only able to have a limited number of tickets. Please reserve a seat in advance.
🙈 🙉 🙊 Victor Pãtrãşcan 🙈 🙉 🙊 victorpatrascan.com
Victor has told jokes in English in front of a crowd of people in the UK, Germany, Netherlands, Austria, Sweitzerland, Denmark, Sweden, Finland, Spain, Ireland, Portugal, the Czech Republic, Slovakia, Slovenia, Croatia and Romania.
For a second year in a row, Victor’s been ranked again at no.1 in Roast Battle London Premier League. In 2018, Victor won the coveted King Gong at both the Comedy Store London and Comedy Store Manchester.