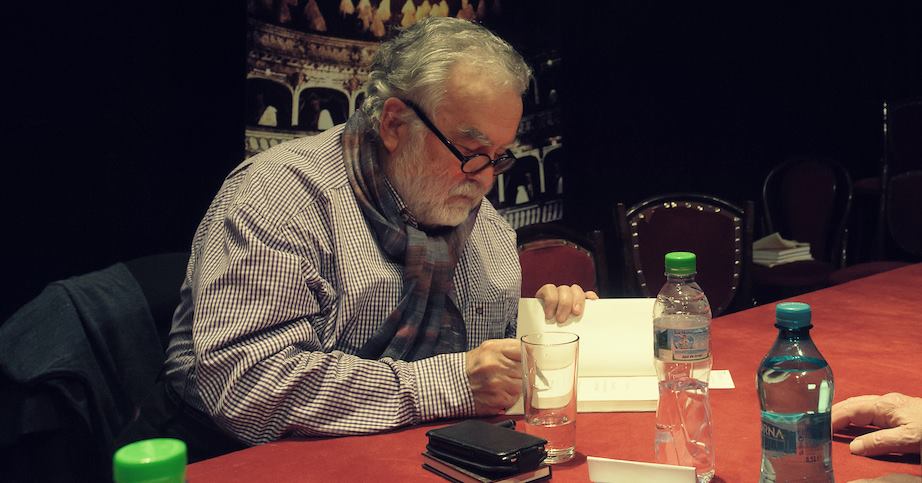 A Conference held by George Banu
“Theatre must make the invisible visible” – a unanimously recognized vocation. Nonetheless, the phrase has its own limitations when theatre is confronted with the extreme situation of war and since the time of Shakespeare we all know that: it is imperative that the convention be adopted: “ten soldiers for an army.” It’s the initial in Henry V! Today, however, the multitude of cinematographic or TV images confronts the theater with its own limits. This constraint imposes a new connotation: “to make the visible invisible.” To not see anything, merely to feel the war through other, different means, guided in a genius-like way by modern direction. The sound and the words, the lights and music – from Ivo van Hove to Marianne Pousseur, from Warlikowski to the Jiuta-mai or Luk Perceval, these elements intervene to produce a concrete “equivalence” of the visible. An in visible war on stage, having an intensely perceptible echo in the theatre hall. This is the power of today’s theater.

BOOK LAUNCH
George Banu – Pagini alese [Selected Pages], a three volume selection comprising his most important writings on theatre and art. A journey into the universe of an author who was always betwixt and between stage and writing, between life and art.Critical commentary by Eugenio Barba, Mircea Morariu, Matei Vişniec, Anca Măniuţiu and Mircea Martin.

George Banu – Iisușii mei [My Jesuses], or Coexisting with Sacred Art – photographs by Mihaela Marin. Thoughts and testimonies concerning the Jesuses of the author, who, speaking from the standpoint of the coexistence with Them, reflects on the essential distinction between the sacred and the religious, evoking at the same time their plastic splendor or loving their melancholic mood.