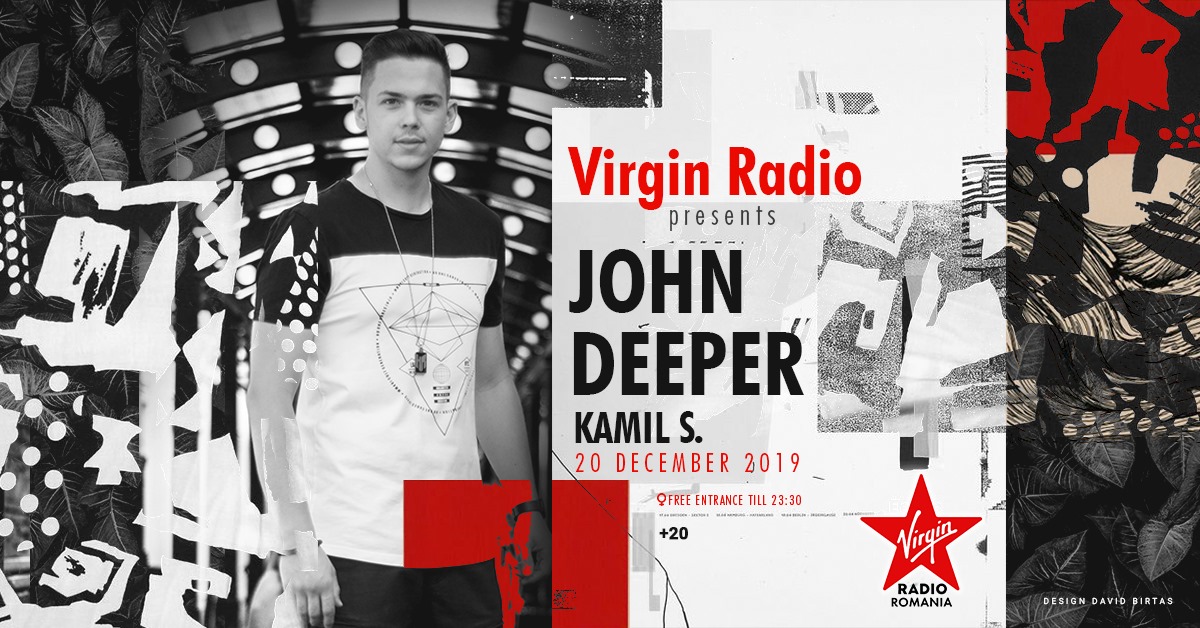 👇 Acces: gratuit pentru fete până la 23:30, > 23:30 – 20 lei
Acces 20 lei toata noaptea pentru baieti.
——————————————————
John Deeper is a 28-year-old dj/producer from Romania. He started producing from the early age of 16, learning and experimenting on famous romanian songs. Since then he has released a wide
variety of remixes for national and international artists, including four original singles. In 2015 he was invited to play at one of the most
widely known dance events in romania called “liberty parade”. Summer of 2019 brings another epic event in his artistic career being invited to play at “Neversea festival”.ending of the summer at the biggest music festivals in europe “Untold Festival”
playing a brilliant b2b set with marc rayen. Ending 2019 with a new radio show on Virgin Radio Romania called “urban mix” with a dj set every saturday night from 21:00.